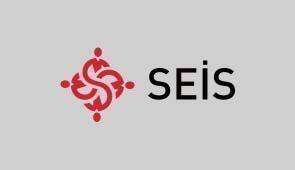 ANKARA, Sept 16 (Reuters) - Turkish medical producers protested on Thursday over unpaid bills worth hundreds of millions of dollars for equipment supplied to state and university hospitals.

Hundreds of demonstrators, who said they were owed 6 billion lira ($709 million), threw their office keys to the ground in a symbolic challenge to authorities to run the companies themselves without the debt repayment.

Turkish state and university hospitals, who owe a total of 19 billion lira to drugmakers and medical equipment firms according to two major labour and employer associations, proposed discounted repayment reschedules in 2018 and 2020.

"The sector has been left unpaid and desperate despite having agreed to two discounts in the last three years," said Metin Demir, head of the Health Industry Employers’ Association of Turkey (SEIS).

"We were forced twice to accept discounts of 27% and 25%, with the promise that all firms agreeing to this would be paid in due course."

He warned that any delay in supplies caused by the unpaid debts would disrupt health services.

"We are asking the health minister to take these keys and run our businesses if he can, under current circumstances," Demir told several hundred protesters in central Ankara.

Demir said some 250,000 employees were affected by the deadlock.

The issue was also raised last year by U.S. Ambassador David Satterfield who said that Ankara owed more than $2 billion to pharmaceutical companies, including U.S. ones, and warned that they would leave Turkey unless they were paid.

Neither health nor treasury ministry officials were immediately available for comment.

Health costs have risen sharply since 2018 due to a severe depreciation of the Turkish lira, which has lost more than half of its value against the U.S. dollar. Expenditure has been further stretched by the coronavirus pandemic.

In an effort to resolve the deadlock, the government has proposed a combination of discounts for suppliers and long payback periods of up to three years.

"We no longer have the power to sustain the supply chain," Demir said, adding that sacrifices made by the suppliers were pushing the sector to the brink of bankruptcy.